On Friday, July 3rd 1936 a ceremony was held in the Cowan Institute, Penicuik which was to mark a new departure in the local Children’s Gala organised by Penicuik United Friendly Societies. On that summer evening in what is now the Town Hall, Mr. Thomson Aikman and Miss Greta Cunningham were installed as the first Penicuik Hunter and Hunter’s Lass.

These celebrations were to run in conjunction with the Children’s Gala Day as a separate event but still complimenting each other. Unfortunately through time the Children’s Gala Day has disappeared but the Hunter and Lass celebrations have gone from strength to strength. These celebrations are modelled on the traditional Border Common Ridings, which are held annually and are used to commemorate various important events in the history of the Scottish Borders. In many Border Towns the ceremonies and events which take place are held with very high regard in the community.

Our own ceremony is based on an extract from ‘The Royal Hunt of Rosslyn’. Legend relates how King Robert the Bruce granted to Randolph-de Clerc the lands of Penicuik as a reward for slaying ‘a white faunch deer’ which always escaped his hounds when he hunted on the Pentland Hills. After granting him the land, it is reputed that Bruce said:

“When I, or any succeeding kings, shall come to hunt on the Pentlands or Burghmuir, your huntsman shall attend the gathering, and from the top of the Buckstane shall wind three blasts on the bugle horn and I wish you and yours long life to enjoy it.” 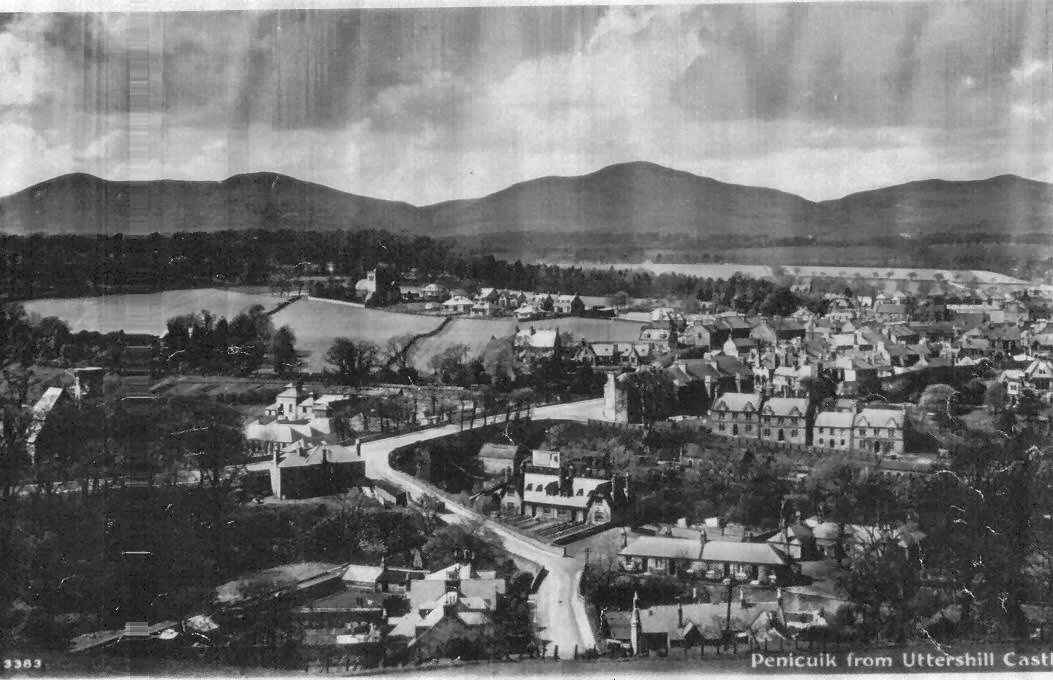 This story is recalled each year in the words of the Hunter’s Song, sung at the Installation ceremony and by the Hunter and Lass on their visits to other Border Towns.

Penicuik’s week of festivities takes place during the last week of May each year. Prior to this, in March, a local couple is selected to become Penicuik’s Hunter and Hunter’s Lass for that year to represent Penicuik in the many Scottish Border town celebrations. It is considered a great honour for those chosen to be ambassadors for the town of Penicuik.

Over the past few years’ efforts have been made to extend the celebrations into a week of events for the whole community to enjoy. In the recent past additions to the week have included Highland Games, Ladies Football, the Pram Race and a Cycle Race. Other organisations also put on special events during the festival week.